I recently trimmed out the top of a willow tree.
I cleared all the whips up into a bag and was heading for the compost chipper when I thought 'I'll have a go at a bit of weaving'.
I had nothing specific to weave in mind but was convinced I'd think of something.
The something I thought of was a 'fedge' (Fence/Hedge).
Before attempting anything on a major scale I did a mini-fedge experiment. 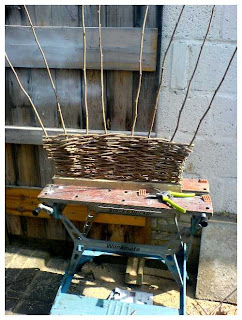 I drilled holes in a piece or 2x3 wood and inserted the uprights.
(I'm sure there's some archaic name for these pieces but I don't know what it might be).
I then started platting the whips through the uprights.
This is what I ended up with: 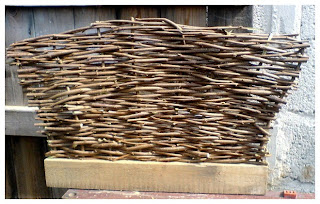 If I'd have carried on it would've become even more fan like which was not the effect I was looking for.
I gave it to Linda as a token of my affection (which is no substitute for cash, apparently).
Posted by OutaSpaceMan at 5:27 pm 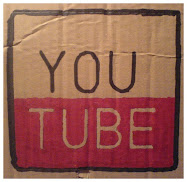 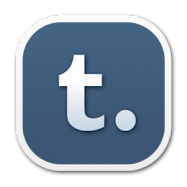 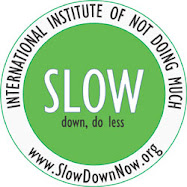